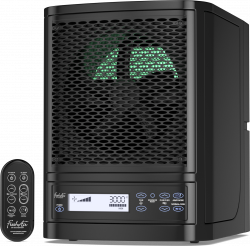 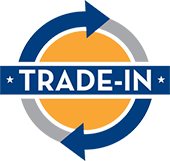 The main advantage of all our air purifiers is modern technology which makes them the best products among all the others on the world’s market. Here you will be able to find out why our products are so efficient.

After polluted air gets to our purifiers it goes through a special patented matrix called RCI cell. This matrix is a photocatalyst which was created on the basics of titanium oxide TiO2 and four other types of rare earth metals. The matrix is illuminated by the light with wavelength 254 nm (UV spectrum). This fact enables the process of photocatalysis. This results in generation of hydrogen peroxide molecules H2O2 and hydroxide radicals OH. These substances have a very high oxidizing ability. It makes them possible to decompose organic pollutants, chemical compounds and allergens into water and carbon dioxide.

In other words Photocatalysis & Radiant Catalytic Ionization decomposes and oxidizes all types of pollutants which are contained in the air. As a result you get a chance to breathe in clean and fresh air.

This technology is more efficient in comparison with such technologies as ActivePure and RCI which are used in Vollara and Ecoquest products.

Our air purifiers operate on base technology of ozone generation by means of cold plasma method. Ozone, which is also known as active oxygen O3, is one of the strongest natural oxidizers. It interacts with different chemical compounds and decomposes them into water and harmless components. That is why active oxygen is rather efficient when it comes to elimination of carbon monoxide, formaldehyde and carcinogens. At the same time it can easily remove bacteria, viruses, fungi, mold, bad smells and even smoke. Moreover ozone generation technology based on cold plasma method which will never do any harm to your health. It is absolutely safe for humans due to the fact that it doesn’t generate nitrogen oxides during reaction. Even Ecotech technology that is used by Vollara and EcoQuest can’t boast such level of efficiency.

Synergize is a type of mutual reinforcement. It makes the efficiency of several technologies higher apart from summing up their energy. In other words 2+2=4, while synergize makes it look this way: 2+2=10. Synergize Effect flows along with the following technologies: Radiant Catalytic Ionization, Ozone Generation, Needlepoint Ionization, RF Pulse Ionization.

Numerous experiments and researches have shown that Synergize Effect is better than SynAirG technology that is used by Vollara and EcoQuest.

This technology lets our purifiers operate in the automatic mode without human intervention. Computer self-testing technology allows our devices to take correct decisions and react in accordance with specific situation. This technology was created with the help of special innovative software which is developed for every model of microprocessor. Computer self-testing technology is developed according to IntelliAir technology principles which are used by Vollara and EcoQuest. At the same time it is more efficient than IntelliAir.

The main source of Needlepoint Ionization is a needle which is supplied by electric current of high power. The ending of the needle collects negatively charged lightweight aero ions during the operation of air purifier. Then all ions are spread all over the room with the help of special fan. Negatively charged ions interact with positively charged particles of dust making them heavier. This fact makes all dust settle down on the floor and leave your breathing area.